Dieting Does Not Work

Trying to lose weight? Stay away from the D verb…

It’s been a long time coming, and for that I must apologize. I was on a sort of “vacation” from No-brainer Fitness. Sort of.

Not an excuse, just the reality of starting a new job and upping my own training for my next Ironman(TM) (IM Louisville, on August 24th, in case you are curious).

And I took the opportunity to do quite a bit of reading, for this post, future posts, and just to relax…

So here it is, the post I’ve been planning for quite some time.

First, let’s be clear about what I mean, and what researchers in this area mean, when we talk about “dieting”.

A “diet” is, as I’ve indicated elsewhere in this blog and on No-brainer Fitness: D, what we eat. The word, a noun, in itself has no implied value of the quality of said diet; it simply is the correct term to describe the overall nutritional intake.

In contrast, when we use the verb “dieting”, or when we say “go on a diet”, we mean following a specifically designed diet that is providing a lower total quantity of calories than is generally required for sustaining normal activities. In effect, dieting is restricting the caloric content of your nutritional intake through a particular set of constraints as to which foods are eaten, or which quantity of food is eaten. Or both.

So it is fair to say things like “that’s not part of my diet” when talking about certain foods, or NOT FOOD items. But careful with anyone saying “I don’t eat that because I’m on a diet.” That spells trouble. 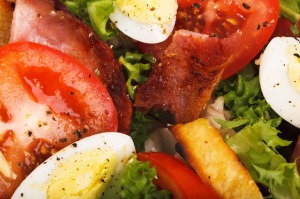 Eat well, not too much…

Because dieting does not work.

You don’t believe me? Perhaps you’d take someone else’s word on it:

“The typical outcome of dieting is that you will gain weight.” -Sandra Aamodt, in a TED Talk

Ah, yes, but that’s hardly better, since you don’t know who she is, and even though she has done way more research on the subject than I have, that’s still no guarantee.

Ok, so perhaps a comprehensive review by researchers on behalf of Medicare? That’s exactly the conclusion reached back in 2007 by researchers at the University of California. The title of the paper would be enough, but it would make for a very short post: “Medicare’s Search for Effective Obesity Treatments – Diets Are Not The Answer”.

The main conclusion is that, while some weight loss occurs in the short term, if you follow the dieters for a while after, and it does not even need to be very long, you’ll find that dieting alone will lead to weight being gained back. And often some more.

This is why programs designed to cause weight loss based only, or in large part, on food intake changes are misguided at best, bad for your health at worst. 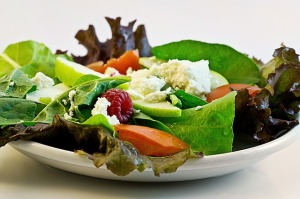 Still not convinced? Here are some cherry-picked quotations from the Traci Mann et al. paper:

“There is some evidence for the effectiveness of diets in leading to other beneficial health outcomes, particularly in helping people stay off antihypertensive drugs and preventing diabetes, but this evidence is not consistent across the studies. In addition, it is not possible to detect whether the diet components of these interventions were potent, as the interventions all contained other components that may have reduced hypertension or prevented diabetes (e.g. increases in physical activity, reduction in smoking, alcohol use, and sodium).” Traci Mann et al., 2007, p. 224.

Speaking of the effect of exercise, because although not the focus of the research, it was mentioned, here’s a good one about one of the very few studies they came across that indicated a weight loss:

“These results may not directly be due to the diet part of the intervention, but in fact participants in the lifestyle intervention engaged in large amounts of physical activity (averaging 227 minutes per week), and this may be the potent factor.” Traci Mann et al., 2007, p. 222.

Don’t, not even for a moment, entertain the thought that, because it is no good for fighting obesity, it may be any better for “just losing a little weight.” The evidence is in, and anyone who tells you dieting works is trying to sell you something.

It appears clear, from this and other sources, that the solution on the food side of things is not to restrict calories and disallow some foods, or focus food intake on some nutrients or particular foods, but rather to promote a more healthy balance of whole foods in a quantity that is sufficient to sustain daily activities. It is a simple recipe: Eat food, not too much, mostly from plants.

As to weight loss, if it is a desired outcome, it must come from increasing the level of activity. There is simply no other sustainable, or healthy, way of achieving that.

One thought on “Dieting Does Not Work”

This blog is open to discussions. Feel free to comment. Cancel reply