Same old, same old… if you want to get old in good shape 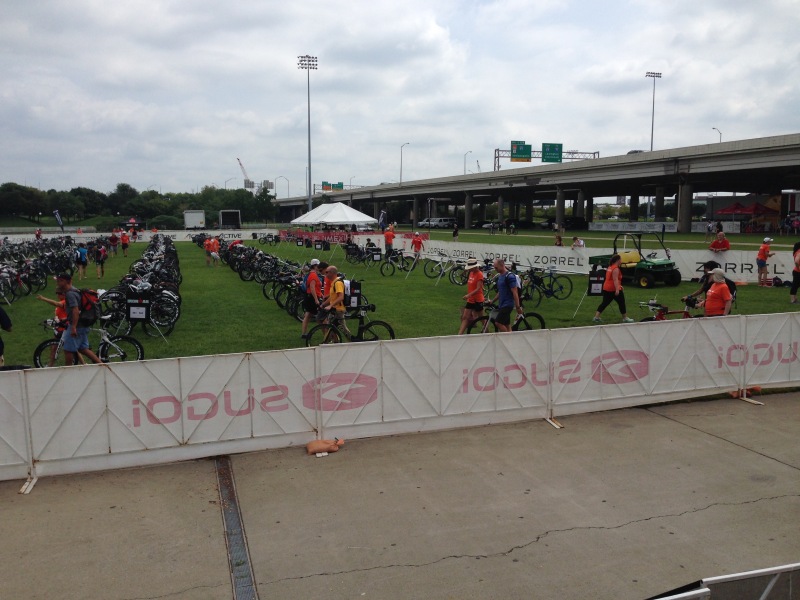 Go ahead, make a move! Make it over and over again…

I know, I said I would write about physiology next. But that will have to wait just a little longer.

Today’s post will sound like I’m repeating myself, and of course it is a little the case.

In my defense, it is a well-known fact of communication that in order for your message to get through, and for it to be believed, it must be repeated many times. (Preferably by more than one independent “sources,” though that never stopped anyone. Just think of the persuasion success the American leadership had a few years ago about weapons of mass destruction…)

So while I continue learning about physiology (I’m taking an online course, among other things) and clarifying my thinking about how to get that message across effectively, today I’m inviting you to review some recent news items about the importance of fitness for long-term health.

(Added note: I know most bloggers would have split this up in 2 or 3 topics. I’m not most bloggers because I prefer to see things as they fit together, not apart. And I think most people are capable of taking a bit of extra time to read a slightly longer post, instead of three short ones. Like my coaching, my blogging is about quality, not quantity…)

There has not been anything ground-breaking in the news lately; the artificial conflict between maintaining (or returning to) a healthy weight through diet alone versus exercising more (while being careful what we eat) has been raging. Because most folks on the “food only” side are clearly peddling books and special diets, I’m not even going to talk about what ridiculous stuff has been said on that side of the “debate.”

Instead, you should keep in mind that the best way to increase the odds of being healthy for a long time is through exercising a lot, and being careful about the food (not too much, mostly from plants) we ingest. That’s the “same old, same old” part of my message.

In support of that, you should read an interesting article about how many of the health problems of aging are due to inactivity, not “just” getting old. This is exactly what I mean when writing about muscles being extremely important, not just for metabolic reasons, but to keep bones and brains healthy.

Basically, to be healthy and active well into old age, you need to use your muscles more. The thing is, as one of my favorite authors on the subject has recently added, you don’t even need to do a whole lot in order to reap the benefits. That’s a key point about the approach I embrace and promote: balance is more healthy than excess. 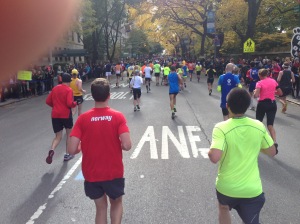 Running the New York Marathon in 2013.

I’m clearly not on the side of diet restrictions without any exercise, and I’ve run ultra-marathons and I do an ironman distance triathlon each year “just to stay in shape,” but even I would not pretend that such a level of training is sustainable for everyone. Although not sustainable, it may be something to shoot for, or, at least, going well beyond the “standard” recommendations of some 150 minutes per week of exercise, remains a very good idea.

Which brings me (finally) to a third tidbit of news about those who have been clamoring that doing marathons and intense training for more than 150 minutes per week were actually causing damage instead of doing good for their health. In light of new research, it seems they are admitting that our bodies can really benefit from a lot more exercise than they previously allowed for.

Moving More, Up to A Point

But keep in mind that, based on the research, there is a diminishing return to be had from increasing the activity level. And at some point, while it may not increase the risk of cardiovascular disease or cancer (which is what the study was concerned with), you up the risk of injury, which is not really taken into consideration from what I’ve read so far.

As reported in Runner’s World:

When mortality rates were adjusted for exercise levels, the researchers found the lowest rate among those who exercised about three to five times the amount recommended by federal guidelines (i.e., 150 minutes per week of moderate exercise, or 75 minutes of vigorous exercise like running). However, the increased benefit of working out three to five times more than the guidelines was modest, the researchers wrote.

More importantly to serious runners, there was no evidence of harm at ten or more times the recommended minimum.

At three to five times the federal guidelines, you are in marathon and short-distance triathlon training territory. Maybe up to a decent half-ironman. Nothing crazy. And sustainable, if part of a lifestyle choice that features living a long and healthy life as its Purpose.

And you can go well beyond that, if you are careful.

In summary, allow me to repeat what little wisdom I can impart, based on what I’ve learned and what more knowledgeable people have said before me:

Oh, and I should probably have added “stay tuned.”

Because I’m bound to come back to this subject, and provide more specific advice over time.

After all, much like with training, repetition is what eventually gets the message through… and turns it into a no-brainer.

A bunch of superheroes with their capes, or tired marathon runners done running?

Photos by the author at various events.

Balance, a key aspect of health. It starts with how you approach exercise…

This practice is short, and you may see it as an extension of the previous practice, but since it can be applied separately, I chose to treat it this way.

Here it is: Maintain the balance.

As you exercise regularly, perhaps even train in a specific sport like running or triathlon, allow yourself to relax from time to time.

In other words: Don’t be a “stick-in-the-mud” always focused on your training. Allow yourself some leeway, through activities with family and friends or even by doing other sports just for fun.

Too many sports or fitness enthusiasts, particularly if they discover such physical activities later in life, go overboard and spend way too much of their time, energy, and money, pursuing exclusively that activity.

Many call it “having a passion”; however, although I’m no psychologist, from the perspective of a coach it smells a lot more like “being obsessed.” It is as if the new-found activity is a pressure release valve from something else (everything else?) in life. And it ends up taking too much space.

Or the activity is taken so seriously that it prevents the spreading of the joy of moving to others. I’ve seen it: Perfectly good opportunities to share one’s enjoyment of, say, running, with a partner or friend because it is not “optimal training.” What a shame! Partners/family and friends should come first, at least some of the time.

(Shameless plug: I did write about training with a spouse or life partner before. It is worth reading, if you can spare the time…)

Let’s be clear: If you do not move everyday, if you do not exercise regularly, you need to move more. That’s what you need to do to obtain and maintain the balance that you’ve been missing so far.

If you are in that group of folks who move a lot, and then move some more, and spend lots of time and money on your sport/training, you need to take a step back and relax a little.

Because going overboard in anything is unhealthy.

Especially if the focus is on looking a certain way, or performing to a certain level. That is unhealthy in so many ways that it warrants an entire post of its own. So I’ll leave it for now.

Passion is fine, though I would reserve that for sentiments like love, and perhaps an over-arching goal in life. Most of the time, what is described as a passion is in fact a fixation, an obsession.

Listen to your body, and to your mind; both will tell you how exercise is making them feel. Beware of a mind that constantly turns to training, that finds refuge there from other aspects of life. Remain in control; maintain the balance.

The easiest way to achieve this is to relax, take things less seriously. And keep a clear order of the priorities in your life.

If you’ve read parts 1 and 2, your patience will now be rewarded.

(If you haven’t read the previous posts, well, too bad, but before judging this one, perhaps you should read the others.)

In the first two posts of this series, I covered some definitions of fitness that I feel should be rejected as inadequate for today’s reality.

We remain animals, but the measures of fitness that come from biology are probably not the best we can use given all that we’ve done to ease our lives, mostly by changing our immediate environment and the conditions of our lives.

Training too hard, which I feel is in compensation for feeling like something is wrong with our current lifestyle, is fraught with perils. It may work for a small portion of the population, but not for the majority. Also, all too often it focuses on the visual aspect of our bodies, which in itself is a bad idea. Those forms of obsessions are damaging to our health.

So my key point, the conclusion I’m proposing, is that we need a new definition of fitness. One that makes sense today, and for everyone. Let me give it to you without further ado:

In essence, we need to do enough physical activity, train ourselves through movement, to enable our bodies to be healthy without negative consequences. If our occasional exercise regimen causes us to have problems functioning through the rest of our daily activities, we are not really being fit: We’re being extreme once again.

It is a fine balance, but one that is well worth seeking. And one that requires constant vigilance, not just the occasional bout of intense training and/or dieting as compensatory measures for too much time spent watching TV and eating nachos…

It has been repeatedly demonstrated that physical activity is the key to health, both physical and mental. This is a topic we will explore at length in No-brainer Fitness. For now, please accept it as a factual premise.

Incidentally, the sustainable level of activity that is fitness is highly individual. Some can, and will, do more than others. You like running marathons, and are doing so in such a way as to remain healthy, then by all means, go ahead! In fact, and I’ll come back to that in other posts, you’d be surprised at what each and everyone of us is capable of.

Some, therefore, will be very active; others, less so, yet much more than they currently are. Some will lose a lot of weight, over time, while others may lose less. What matters most is to seek one’s own balance, without falling into the trap of obsession and extremes.

In fact, the only obsession that makes sense, is that of seeking balance.

How do we get there? How do we build this fitness we’ve just defined? That will be the subject of my next post, and probably many more after that, outside of this series, which is now at an end…